Over one hundred thousand fans packed into the MGM Grand Garden Arena for the Over One Hundred and One Percent Tour, held at the MGM Grand in Las Vegas. The Las Vegas stage act was headlined by “House of Cards” star Kevin Spacey. The set list was relatively short, but packed with short songs, and even the audience members were waiting with baited breath. 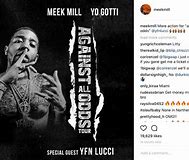 “The Pretender,” a very popular song from the hit movie, was played. It’s a song that fans and critics alike love. “Die Another Day” by Backstreet Boys was next. Another one of the sets included “Mary Jane Man,” a cover of the song, and “Bad Day” by the rock group Fountains of Wayne.

As always, the normal stages set up the appearance of each of the acts. Normally, a stand-up comedian would appear on stage to provide humor, and then a comedian of the hot new acts would show up.

After the first set of music, one of the performers, Stephen Colbert, took over the stage for his very popular show, “The Colbert Report.” He’d taken over the stage right after Colbert himself, and we were treated to a great “first night” of comedy. “Carol of the Bells” by Etta James was next, followed by a cover of “West Side Story.” And after just over an hour of great humor, the last set of music was the opening of the “Rock for Prison” concert.

Like its predecessors, “Rock for Prison” was also a headlining performance. The name was again a nod to the Rock and Roll Hall of Fame and Museum, which is near the MGM Grand. The last song was a cover of Al Green’s “I’m Still in Love.”

As you might expect, the other performers performed three or four songs to open their set. And there were some delightful surprises in store. Among them, the Dallas Cowboys Cheerleaders made their show debut, while Albert Mohler, Jr., was featured on the bandstand.

This was a fun show, and I highly recommend it to anyone who is looking for good company. But remember, this was the Vegas Stage, so not everyone was looking for the same thing. For instance, some people probably had less patience than others. But the good thing is that the act and talent were still worth a look.